The Rules for Disappearing 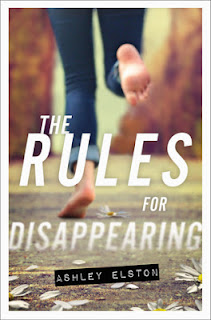 She’s been six different people in six different places: Madeline in Ohio, Isabelle in Missouri, Olivia in Kentucky . . . But now that she’s been transplanted to rural Louisiana, she has decided that this fake identity will be her last. Witness Protection has taken nearly everything from her. But for now, they’ve given her a new name, Megan Rose Jones, and a horrible hair color. For the past eight months, Meg has begged her father to answer one question: What on earth did he do—or see—that landed them in this god-awful mess? Meg has just about had it with all of the Suits’ rules—and her dad’s silence. If he won’t help, it’s time she got some answers for herself.

This book was a fun, quick read, and I enjoyed it in spite of myself. Meg/Anna/whatever her current iteration is has moved so often in the past year that it's taken a toll on her family. Her mom's an alcoholic now, her little sister won't talk, and her dad is having clandestine conversations with the very person who caused them to be in Witness Protection in the first place. It's no wonder Anna feels like she's the only one holding her family together; she is.

This story starts slowly enough but picks up speed quickly, and there are enough hints and clues along the way that indicate that something isn't quite right. And just when you think everything's resolved, there's a nice twist at the end as well.