How to Buy a Love of Reading 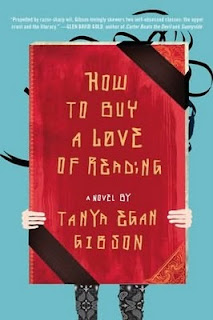 I was first intrigued by the title of this book. The thought of buying a person a love of reading; well, as an English teacher I often wished I could buy my some of my students a love of reading or writing or grammar or whatnot. The idea of commissioning an author to write a story specifically for one person, including exactly what that person wants included, is interesting. Like I said, I was intrigued.

Unfortunately, my hope in a good story was soon deflated. Similar to the characters in an Austen or Fitzgerald novel, the characters in this novel have far too much money, no jobs, and an overinflated sense of entitlement. I understand that Gibson, like Austen or Fitzgerald, has used these characters intentionally in an attempt to poke fun at the upper class, but unlike an Austen novel, where the dialogue at least can be interesting, this book failed to capture my attention.

The idea of a commission to write a novel still intrigues me, but the drug-smoking characters who seem intent on self-destruction wore on my nerves after maybe one chapter. I had great expectations for this novel, but they, unfortunately, were dashed by the time I reached the hundredth page.

This one isn't worth it, folks. Maybe I'll have better luck next time.
Posted by Jenni Frencham at 9:31 AM No comments: 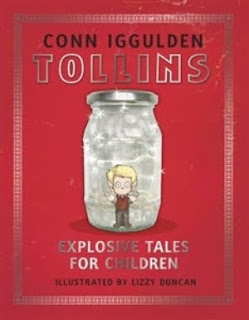 If you are looking for an entertaining children's story that kids and adults can enjoy together, look no further. From the creator of The Dangerous Book for Boys comes a story about Tollins, small winged creatures that are bigger than fairies but considerably smaller than humans.

This book is hilarious. I thoroughly enjoyed the stories of Tollins and fireworks, Tollins and amputation as a panacea, and Tollins exploring science. I only wish the book were longer. If I still had a classroom, my students would be writing their own Tollins chapters for a class project.

Check this one out if you have a chance. You'll thank me later.
Posted by Jenni Frencham at 11:41 AM No comments:

Stolen Innocence and Living For Today 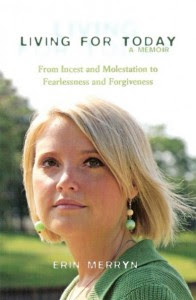 This was probably the most difficult pair of books for me to read, but I'm glad that I did. I have found more similarities between Erin's story and my own than anyone would likely care to admit. In her memoirs, Erin chronicles both the abuse she endured and also her journey as she sought healing and recovery from the abuse. Erin and I were both abused by a family member. Erin and I both displayed obvious signs of abuse, but no one in our families, even those who also had histories of abuse, took notice. Erin and I both chose to remain silent for many years.

However, Erin and her sister made the brave choice and together told their parents about the abuse. Thus began a long battle through family problems, legal red tape, and a long, painful journey of healing. Erin has since become an advocate for victims of abuse and has been honored in the passing of Erin's Law, legislation in the state of Illinois that mandates education for children on the topic of sexual abuse. I rejoice in Erin's courage to speak out, not just against her abusers, but also on behalf of those who have yet to find their voice.

All that being said, for most of you who read this blog I will have to say this: don't read these books. They are simply too graphic, as one would assume all accounts of sexual abuse are. I don't know that Erin could have told her story in such a powerful way if she had fudged the facts at all or skimmed over her difficulties. As an abuse survivor myself, I found it difficult to read certain passages in her books and had to skim pages and paragraphs, lest I trigger a flashback to my own abusive childhood. Both books were difficult to read, but I believe what she said was good and necessary.

I especially appreciated Erin's emphasis on her faith and on forgiving her abusers. She did not gloss over the difficulty or the pain in doing so, she did not pretend that her story had a "happily ever after" ending, but the process of healing was a definite focus, especially in her second book.

I can only hope that some day I will have the courage of Erin and be able to tell my story. If you are reading this post and you have been or are being sexually abused, molested, or raped, please contact the Rape, Abuse, and Incest National Network's confidential online hotline - the link is on the right column of this page. You are not alone.
Posted by Jenni Frencham at 11:30 AM No comments:

Which None Can Shut 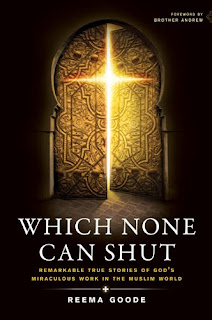 
With all the news of wars in the Middle East and our post 9-11 national obsession with Islam, I was very excited to find that a book had actually been published about reaching Muslims with the gospel. It's always a wonderful thing when people accept Christ; it's even more amazing, from a human perspective, when a person from a different belief system "converts" and chooses Christ over their religion. Even more wonderful than that is a person doing so from a system that is difficult to leave and that presents some very real-life consequences for the choice of following Christ.


Having said all that, I actually wasn't that impressed with this book. As I started reading, I felt like I was sitting at church listening to a missionary's furlough report. These reports are generally sprinkled with personal stories of real people in the field, presumably to make the congregation feel like they know the people they are supporting. I understand that, and I really enjoy listening to missionaries' stories at church. Their stories add some flavor to their reports of the work on the field and help the congregation to better understand what it is the missionaries are experiencing.

But 164 pages of this is a bit much. I was waiting for the illustrations and stories to lead to principles for meeting Muslims or ways to best reach Muslims or organizations within the United States where interested people can get involved, but this book was one long series of missionary stories from the field. Not a bad thing to read at all, and probably very enjoyable if taken one chapter at a time, but not what I expected at all. I would recommend that churches purchase a copy of this book to keep in the church library, but I see no reason for people to add it to their own personal library.


I received a complimentary copy of this book for the purposes of review.
Posted by Jenni Frencham at 8:11 AM No comments: 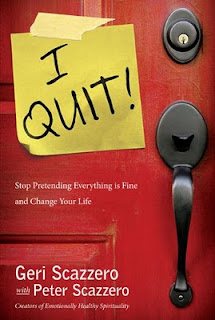 Scazzero, Geri. I Quit! Stop Pretending Everything is Fine and Change Your Life. Grand Rapids: Zondervan, 2010.

The author of this book posits that many people are afraid to evaluate what's wrong in their lives because they fear change. The status quo may not be ideal, but it is, at least, comfortable, and so people choose to live in their discomfort rather than improving their situation and taking care of themselves.


However, there does come a tipping point when a person decides that enough is enough, and changes can then occur. Scazzero herself reached this point in her life when things weren't working, and she chose to make some positive changes that improved her relationship with God and her ability to minister to those around her.


Those of you who have read Cloud and Townsend's Boundaries will recognize many of the ideas in this book. Scazzero divides her book into several different "I Quit" statements where she encourages her readers to quit on thing in order to receive something else, like quitting faulty thinking in order to live in reality.


I appreciated Scazzero's practical approach to this topic, and I believe that her book is one that should be read by everyone in full-time ministry or anyone who has a lingering dissatisfaction with the status quo. It could be that it is time for your status quo to change.


I received a complimentary copy of this book for the purposes of review.
Posted by Jenni Frencham at 10:52 AM No comments: 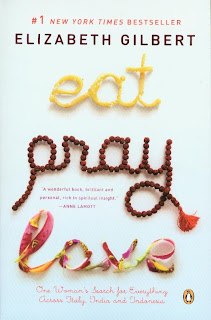 I admit it. Like the rest of humanity, I became interested in this book once I found out it was going to become a movie. I haven't actually seen the movie and am not sure whether I ever intend to do so, but I did enjoy the book.

This book chronicles Elizabeth's journey as she takes a Sabbath year to rediscover herself. Having finished a rather nasty divorce and unsure what she wants or needs in life, she chooses to spend four months each in three different countries: Italy, India, and Indonesia. She wants to experience how people in these cultures handle pleasure, devotion, and balance, respectively.

I will admit that I enjoyed Gilbert's story. She has a very easy voice to follow and her writing style is both entertaining and thought-provoking, a combination that I admire greatly. I did not approach this book with the same level of eagerness I show to novels or more suspenseful books; this book easily became the one I brought with me to work in hopes of reading a few pages during my lunch break. Nevertheless, it was easy enough to follow the story that way.

To my former students who are reading this post: approach this book with caution. Gilbert never claims to be a believer, and she has some interesting opinions about the big questions in life. I support her right to have her own opinions and even to publish them, but please do not believe everything that you see in print must be true. Read the book, enjoy the lessons she learned, but remember to approach everything through a filter of Scripture.
Posted by Jenni Frencham at 10:45 AM No comments: 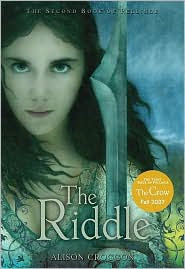 This sequel to The Naming is also absolutely excellent. I don't generally enjoy super-thick novels with multiple sequels, mainly because the stories often sound so very similar to each other that it's like reading the same book with a slightly different setting. This series, however, is much more Tolkein-esque and plotted and planned to be true sequel. I enjoyed this book all the way to the end and am excited to start the next book and continue following Maerad's journey to find the split song. If you haven't read The Naming yet, start with that one, but then read this book as well.
Posted by Jenni Frencham at 10:41 AM No comments: