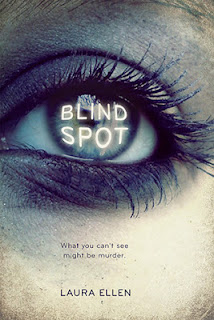 It's a bad thing when the shelf titles other people use in Goodreads have more interesting content than the book being placed there, but that's the truth in this case.

This book sounded so good. A missing girl. A girl with a physical impairment as the main character. Some creepiness. I thought I'd fly through it because it would be so hard to stop reading.

Wow, was I ever wrong.

The main character has macular degeneration, a condition I am fairly familiar with as two of my college friends had that same condition. Her teacher must spend time reading "Leadership Secrets of Attila the Hun" for fun, because he's crazy. Just plain crazy. And not following her IEP, which is illegal. And the principal believes him, not her. But I digress.

The main character doesn't have anyone in her corner except this one kid named Greg, and she doesn't even know he's the only one on her side.

The bulk of the book is filled with high school drama. Girls going out with guys to make other girls jealous, etc. etc. It was ridiculous. Between that, the mom who doesn't care about her daughter, and the freaky teacher who marks the main character absent because she won't sit in the back row ... I didn't like it.

It wasn't thrilling. The murder mystery wasn't mysterious - the reader knows who did it, and we spend the entire book waiting for the characters to catch up. This one's not worth your time, folks.
Posted by Jenni Frencham at 9:00 PM