At this moment, many of you are drowning in the beginnings of your summer programming. In addition to doing that very thing, and supervising four interns and twenty or so teen volunteers, I am also embarking on a new adventure. As you read this I am preparing to leave my current library position for a new position at a different library. It is a definite step up for me, and I am excited about the prospects of being in a new place, but this does mean my blog will be on a temporary hiatus while I attempt to sort and pack my life and drag my family across the country to start over in a new place.

While you are awaiting new posts, please feel free to use the links to the right to search through the archives or visit other library-related blogs.

See you on the other side! 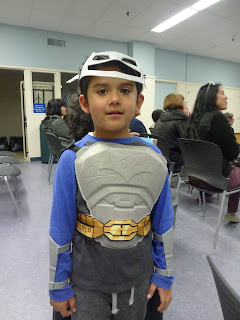 Book Munchers Book Club: A Color of His Own 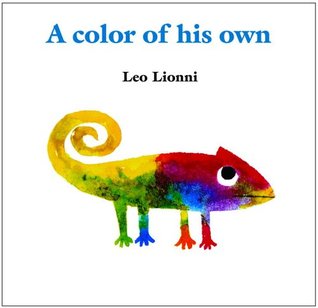 The Book Munchers book club discussed Leo Lionni's book A Color of His Own, and then we did some activities. Because the picture book has some misinformation about chameleons, I supplemented our discussion with a nonfiction book about chameleons and we discussed the difference between fiction and nonfiction. 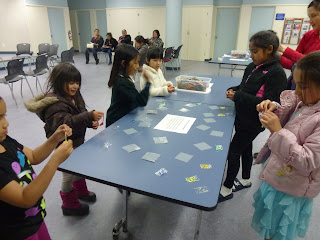 1. Catch a Bug: I gave the kids sticky hands to play with and let them try to "catch" the cards I had set out on the table. Each card had a different item on it, and the kids got to collect the cards that were things chameleons eat (mostly insects) and put back cards that showed things a chameleon would not eat (I generally used large mammals for these, to make it easy to tell apart). 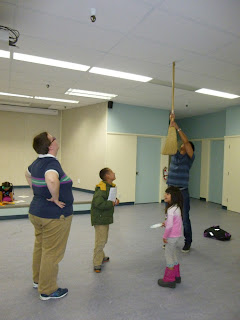 Lesson Learned: Kids like to throw sticky hands at the ceiling. I wasn't bothered by this, but it did take longer to tear down this program at the end as we peeled the hands off the ceiling. 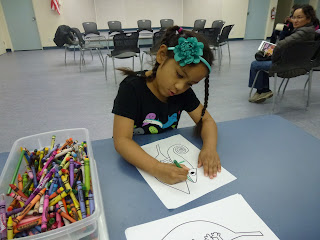 2. Color a Chameleon. The chameleon in the story changes color based on what he's sitting on, so I gave the kids a coloring page with a chameleon on it, and they could color it however they wanted. Some chose to make it like the pictures in the book we read, while others made realistic-looking chameleons. 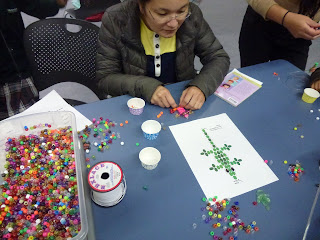 3. Pony Bead Chameleons: We already have a lot of pony beads at our library, and I was able to find the directions to make a lizard online, so the kids made chameleons out of the beads. The added fun part was that I had UV-reactant beads for them to use, and these beads change color in the sun, so the chameleons they created could change color just like real ones do. 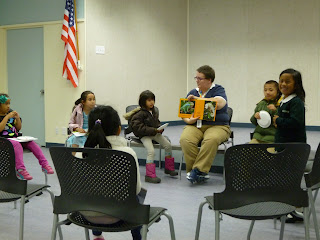 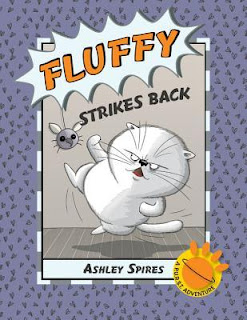 Fluffy is the head of P.U.R.S.T., a secret organization of pets who are protecting their humans from unwanted alien attacks. As the head of an international organization, he has a very important job, but he also doesn't get to go out in the field very often. When the invasion strikes home, will Fluffy be able to rescue the rest of P.U.R.S.T. and save the day?

This is an adorable addition to the Binky the Space Cat universe, and a quick read as well. Kids who are struggling with reading or who have just learned and don't have a very big vocabulary will be able to fly through this book and enjoy the action-packed story as well.

Recommended for: kids, fans of graphic novels
Red Flags: other than aliens (insects) being killed, there is one panel where one of the cats uses the litter box for its normal purposes
Overall Rating: 5/5 stars
Posted by Jenni Frencham at 12:00 AM No comments: