The Summer I Wasn't Me 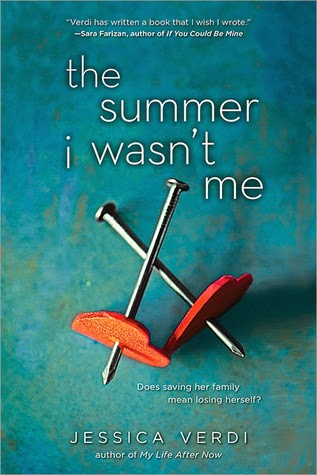 Have you watched the movie But I'm a Cheerleader? If you have, then you've already experienced this book, and in a way that is much more entertaining than the book itself actually is. Lexie's mom magically divines from Lexie's sketchbook that Lexie has a crush on her best friend, so she sends Lexie to New Horizons, a religious camp dedicated to turning gay kids into straight kids. Everything is stereotyped: the girls wear pink and learn how to do housework while the boys wear blue and learn about playing football. Much emphasis is put upon finding one's "father wound" - the big bad thing that must have happened to turn a person gay. Lexie is really trying because she wants to make her mom happy, but eventually she chooses to remain true to herself instead.

Similar to Caught in the Crossfire, this camp didn't seem very religious to me, nor did the campers themselves. I wasn't that surprised that Lexie decided to go to this camp to stop herself from causing her mom any more grief, but I was surprised that she was seventeen when she did it - her actions seem more like that of a fourteen or fifteen year old. The stereotyped "recovery" activities the teens had to do didn't surprise me, either, nor did the non-plot-twist of the camp director abusing one of the kids. The book has a Disney-esque happy ending, so it meshes nicely with the cheerleader movie, except this book is trying to be serious and the movie is obviously meant to be funny. I won't be adding this to my library's collection.

Recommended for: teens
Red Flags: gay-shaming language, one attempted rape, alcohol use, language, lots of heteronormative talk and actions (girls are forced to wear nightgowns instead of pajamas, etc.).
Overall Rating: 3/5 stars
Posted by Jenni Frencham at 12:00 AM