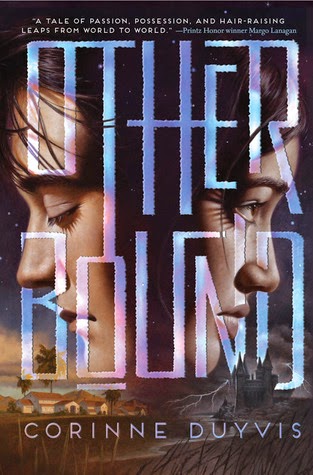 Nolan has a seizure disorder, and none of the medications he has tried are helping. Nolan's seizures aren't typical seizures, though: each time he closes his eyes, he is transported to another world and sees that world through the eyes of Amara, a healer whose entire job is to protect the lost princess from a curse that would mean both of their deaths. Nolan's and Amara's worlds continue to collide as Nolan has to decide what's most important: saving Amaraand her world, or saving himself?

I wanted to like this book much more than I did. I was glad for the diversity of characters, and I understood that the narration style was intentional - Amara's world breaks into Nolan's consciousness, so that also happens in the narration, breaking the readers' concentration - but I didn't learn much about either world or either character enough to sympathize with them, and while the Amara chapters were complete, the Nolan chapters were so fragmented it was difficult to keep interest in the story. Nonetheless, I could easily convince some of my stronger readers to give this book a try.

Recommended for: teens
Red Flags: violence when Amara is punished - she is beaten, drowned, burned, etc., but she self-heals, so she is punished pretty severely for very small infractions.
Overall Rating: 3/5 stars
Posted by Jenni Frencham at 12:00 AM