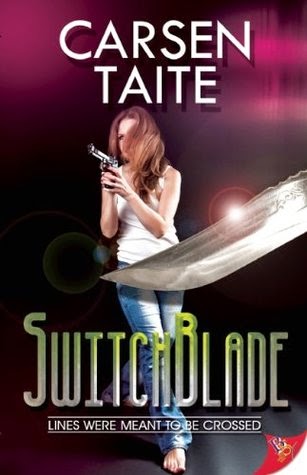 The third book in the Luca Bennett mystery series, this novel picks up as Luca heads to the bondsman in order to get some more work so she can pay her bills. In the course of rounding up the usual suspects, Luca finds herself in possession of both a dog and a mystery involving corrupt cops, drugs, and a rookie who has taken the fall for what was obviously someone else’s work. Luca also must decide if she wants to be friends or more-than-friends with her ex-girlfriend or the new woman on the scene. Between her love life and her working life, Luca has a lot on her plate.

While this book is very much a typical mystery/private investigator story along the lines of Michael Connelly’s Harry Bosch series, this genre writing did not detract from the story itself. Luca is a very flawed, very believable main character who is struggling both with her own personal problems and with solving the case she’s taken on for work. She typifies the standard private investigator character, with a scruffy appearance, rundown apartment, and a savings account that she keeps in a coffee can. The mystery’s solution was fairly obvious from the beginning, but it was enjoyable to watch Luca struggle through the story and discover the answers on her own. The compelling pace and suspenseful tone of this book will keep readers turning the pages to see if their suspicions are correct. This book would be a great addition to a public library’s mystery collection.
Posted by Jenni Frencham at 12:00 AM