Empress of the World 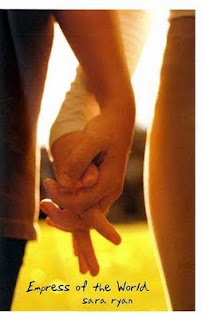 Nic is spending the summer at a camp for gifted students, and while she explores her passion of archeology, she also has the opportunity to meet some new friends.  One friendship soon turns into a romantic relationship, which leaves Nic examining herself and wondering at her changing identity.

I haven't read much YA lit with a homosexual theme, so I was intrigued to see how authors in general would choose to portray this issue.  I find it interesting that Nic's friends were all okay with her relationship with Battle, while the two characters who objected were already portrayed in a negative light.  The two boys who picked on Nic and Battle were already seen as ignorant and arrogant before they displayed their obvious homophobia.  Other than this, I definitely could see Nic's mental/emotional skirmishes as she tried to wrap her brain around her relationship with Battle.
Posted by Jenni Frencham at 12:00 AM