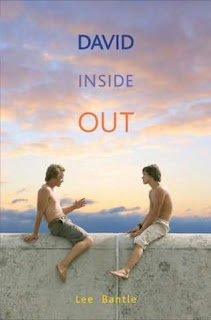 David is on his school's cross-country team. All is well until his best friend comes out to him and David realizes that he has a crush on a teammate.  David does everything he can think of to deny his orientation: he begins to date a girl, he snaps a rubber band on his wrist whenever he has a thought about a guy, but the feelings don't disappear. At the end of the novel, David finally comes to terms with his orientation and apologizes to his best friend for avoiding him.

I can appreciate David's reaction to his friend's coming out, and I can understand his difficulties accepting his orientation. However, the sexual scenes in this book are quite graphic, more so than I think is entirely necessary to benefit the plot or develop the characters.  Because of this, I recommend approaching this book with extreme caution.  There are other, better novels to read, folks.