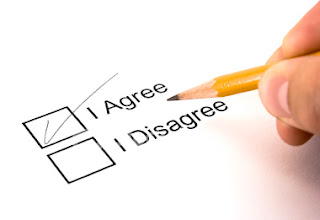 “Nomi!” Jamie ran after her. “Can’t we disagree and still be friends?”

“I don’t know. I honestly don’t know. It’s too important an issue, Jamie. Not agreeing means we’re very wide apart, morally, sort of. I mean, it’d be like not agreeing on abortion, or homosexuality, or murder, or something like that.”

Jamie felt a sudden chill. “Well, we probably don’t agree on most of those. But can’t we agree to disagree? Look, you probably know this—Clark’s invited me to debate at your youth group. It seems to me that’s a healthy way to deal with disagreements. Maybe we can all learn from each other.”

“Maybe. We can learn what the other side thinks, anyway. But I don’t see how you and I can be friends if we’re so far apart. It’s hard for me to go on being friends with someone who I think believes in immorality.”

Jamie hesitated. Then, trying not to sound angry, she said, “Did it ever occur to you that I might think what you believe is just as immoral? But that doesn’t mean I can’t like you as a person, respect you, want to be your friend.”

Interestingly enough, the above passage is an excerpt from a novel published in 1998, and the two characters are discussing whether the school nurse should make condoms available in her office at the public high school.  The community, the school, and the school's newspaper staff become divided over this issue, and Jamie and Nomi's friendship suffers as a result.

It's been approximately two months since I started coming out.  It hasn't been an easy road, it hasn't always been fun, and I have grieved the loss of several Nomi-like friendships where my friend simply could not look past my orientation.  However, I've also been amazed and encouraged by the friends for whom this is not an issue or who have been willing to agree to disagree. I've also fielded some very interesting questions from more than a few people and been involved in some discussions that have led me to a better understanding of exactly how much the Christian community does not know about homosexuality.  Periodically I will be interrupting my regularly scheduled book reviews to post some of those questions and answers in the hopes that even if we don't agree, we still might be able to understand.
Posted by Jenni Frencham at 9:00 PM