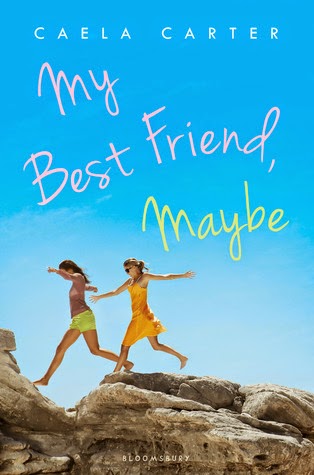 Colette and Sadie used to be best friends, but right before high school Sadie quit hanging out with Colette. Colette busied herself with being the Perfect Daughter - getting good grades, dating a nice boy from her church, pleasing her parents. Out of the blue, Sadie asks Colette to join her family for a trip to Greece. Colette decides to go, but spends much of the trip confused. Why does Sadie want to be with her all of a sudden after abandoning her so long ago?

Finally, a YA novel with a religious family that's portrayed realistically. Colette is constantly prodded by her mother not to be prideful, not to be selfish, etc. Her mom sends Colette numerous passive-aggressive emails while she's in Greece, each containing a Bible verse the significance of which is initially lost on Colette. Colette and her boyfriend both "fake perfect" in front of each other to please each other and each finds out that the other is just a perfectly flawed human being. The characters were believable and real, right down to Colette's mom's conversation with Sadie. Colette and Sadie do get their Disney-esque ending, but that doesn't make the story less satisfying. Even though I am not personally a fan of chick lit, I did enjoy this particular story.

Read-Alikes: Everything Changes, Tell Me Again How a Crush Should Feel, No One Needs to Know
Posted by Jenni Frencham at 12:00 AM