Don't Even Think About It 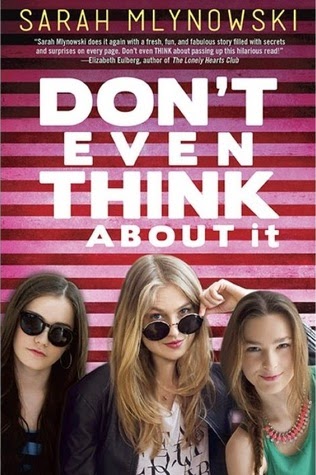 Mylnowski, Sarah. Don't Even Think About It. Delacorte Press, 2014

Homeroom 10B all received their flu vaccinations on the same day. The next day many of them also began hearing other people's thoughts. This story is their collective voice, telling what they chose to do with their new powers.

Imagine that the planet Betazoid was completely inhabited by cheerleaders or other stereotypically popular but flaky females. Apparently with great power comes great ... boyfriend potential. The potential behind this - a chick lit book with an actual plot - was amazing, but it just didn't live up to it at all.

Recommended for: fans of chick lit, teens
Red Flags: imagine you can hear the innermost thoughts of a bunch of teens ... red flags abound
Overall Rating: 2/5 stars
Posted by Jenni Frencham at 12:00 AM