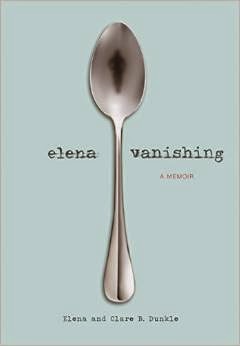 Elena is a teen who is suffering from anorexia, although she wouldn't tell you she is suffering. She is battling the number on the scale and attaining perfection through control of her food. This is Elena's story, told in Elena's voice as she recalls her ongoing struggle against an eating disorder.

This isn't an easy book to read, but it's a timely one, and the fact that the author is also a teen/new adult will make this book appeal to a teen audience. Elena's mother has also written a book about the same time period, Hope and Other Luxuries: A Mother's Life with a Daughter's Anorexia. It would be interesting to read both books back to back and see the same story from two different perspectives.

Recommended for: teens and those who work with them
Red Flags: discussion of eating disorders, rape, drug use, language
Overall Rating: 4/5 stars

Read-Alikes: Wintergirls, Skinny, Purge
Posted by Jenni Frencham at 12:00 AM