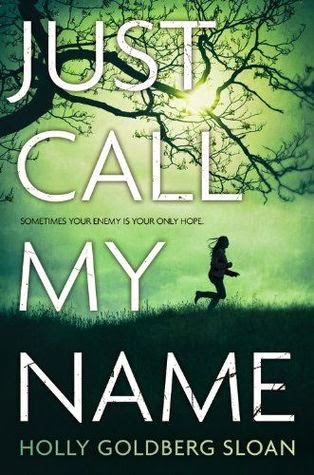 The second installment in Sloan's I'll Be There series, this book picks up with Sam living more or less independently and starting college while Riddle lives with Emily's family as they pursue his adoption. Riddle is slowly catching up on the education he never had. Meanwhile, Sam and Riddle's father is planning to break out of prison, find his sons, and punish them for running away. Various story threads combine near the end of the book for an intense denouement.

I wanted to like this book more than I did. The story line itself sounds very intense and thriller-esque, but the writing didn't do much to compel me to continue reading. When I have read other books about convicts who escape and threaten to do awful things to other people, usually I can't stop turning the pages because even though I hope things will turn out well, I'm never quite sure. With this one, however, it was almost as if the characters themselves were not invested in the story, either. Add that to the multiple narrators who all had very similar voices and this story just didn't do it for me. I wanted to be in the characters' heads more, to feel their fear or pain or excitement or whatever, but they just fell flat for me. People who read Sloan's first book may also enjoy this one, but I am going to find it difficult to sell this to all but the strongest readers.

Recommended for: teens
Red Flags: mentions of past abuse, a kidnapping at gunpoint
Overall Rating: 3/5 stars

Read-Alike: Zebra Forest
Posted by Jenni Frencham at 12:00 AM