The Cost of Truth 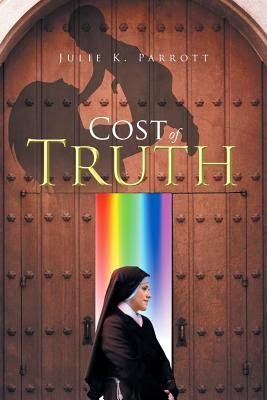 This biography of Donna Gordon covers her dramatic transformation from joining the Missionary Franciscan Sisters of the Immaculate Conception in Brisbane to leaving her calling and marrying her first love, giving birth to five children, then realizing that she is a lesbian and coming out of the closet. After leaving her family behind, Gordon was diagnosed with bone cancer. The Cost of Truth details Gordon’s struggles as she battles cancer and attempts to reconcile with her family whose religious beliefs will not allow them to accept her orientation.

The first-person narration in this book demonstrates that Parrott has spent much time with Gordon in order to tell her story properly. The story is personal, and the easy, conversational style and slow pace match this perfectly. Unfortunately, the story of a deeply religious person who comes out as LGBT has been told in many other venues already, and most libraries will find the price of this book to be prohibitive. While it is indeed a good thing that Gordon’s story has been told, this book is recommended as a purchase only for the libraries in Gordon’s and Parrott’s hometowns. Other libraries may find Aaron Hartzler’s Rapture Practice or Michelle Theall’s Teaching the Cat to Sit a better investment for their collection.
Posted by Jenni Frencham at 12:00 AM