She of the Mountains 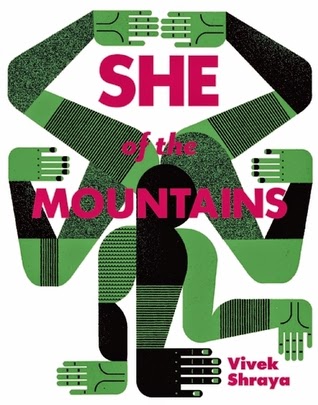 Simultaneously retelling the Hindu story of creation and the story of a boy and the girl he loves, She of the Mountains weaves mythology and reality together until the line blurs and the reader sees both as one story. The main character, referred to only as he, is oblivious to the quite-obvious fact that he is gay. As he becomes aware of his own orientation, the reader also watches the relationship between Parvati, the Hindu mother of the universe; Shiva, the lord of destruction, and Parvati’s son Ganesh.

Shraya effectively tells a large story using a small number of pages. This brief tale has merit in both its retelling of Hindu mythology and its story of the love that he and she share. Intentionally ambiguous, this story avoids much of the typical character development and plot devices other stories share. The literary writing style of this short novel will discourage readers used to more standard plot-driven writing; nonetheless Shraya’s work would fit well in an LGBT special collections library or with a collection of Hindu tales. Recommended for academic institutions.
Posted by Jenni Frencham at 12:00 AM