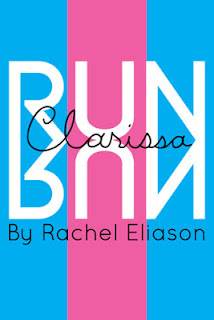 Clarissa is a transgender teen who has been raised as a boy named Clark. [For the sake of consistency and simplicity, I am choosing to refer to Clarissa by her chosen name and preferred gender, regardless of her gender presentation.]  Clarissa is constantly teased at school, often violently so, and is misunderstood by her mother, her brother, even her therapist. After some unfortunate incidents involving the father of a family for whom Clarissa babysits, Clarissa decides to run away to Bangkok where she hires a doctor and receives the SRS (sex reassignment surgery) that she has been dreaming of.

This story has a lot of interesting aspects - the computer hacking Clarissa does, for example.  It also seems to me that Clarissa has to deal with a larger portion of problems than a typical teen - even a typical transgender teen - does.  The man for whom she is babysitting seduces her and nearly rapes her (making her the fourth in a line of teens who were assaulted by this man).  Once she runs away, the FBI and the State Department come after her.  There's a subplot where Tony, her almost-rapist, is accused of insider trading.

This was a difficult story to read. I didn't want Clarissa to have to face SRS alone, much less in a country halfway around the world.  I wanted the school bullies to learn not to tease.  I wanted everything to end happily ever after.  Even though it didn't, the story itself was very satisfying to read.

I have only one caveat: The author of this story self-published her work, so the book did not go through the normal round of edits that comes from a major publisher.  English gurus and grammar nazis will be bothered by misuses of set/sat, then/than, apostrophes, commas, etc.  The errors are not so extreme that they caused me to put the book down, but they were a distracting annoyance in what was otherwise a very interesting story.
Posted by Jenni Frencham at 9:00 PM