Slaves of the Mastery and Firesong 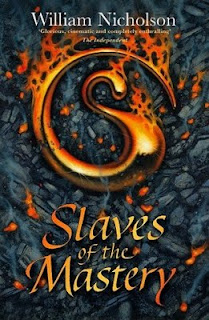 I read the first book in this trilogy, The Wind Singer, many months ago.  Until recently I hadn't been able to locate a copy of the second or third books.  I really liked The Wind Singer, and I was equally impressed with the sequel and the conclusion of the trilogy. The stories are well-written, the characters are admirable but not perfect, the wicked characters are believeable, and the plot carries the reader through to the end of the story.  The final book even had a Rowling-esque epilogue describing the characters' lives several years after the end of the story.  If I still had a classroom, these books would be on my shelf.  This is a great series.
Posted by Jenni Frencham at 12:00 AM