This Side of Salvation 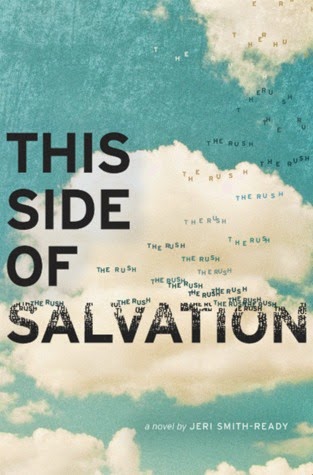 Smith-Ready, Jeri. This Side of Salvation. Simon Pulse, 2014.

David's older brother was killed in the Middle East. David's parents turned their mourning into religious devotion and eventually were sucked into a cult that believed the rapture (when all true believers are taken to heaven) would occur at a specific date/time. David and his sister have to give up everything in preparation for this event - no more school, no more extracurricular activities, etc. When David sneaks out and accidentally comes home after the prophesied time, he finds his parents' pajamas in their beds, as if they had truly been raptured right out of their clothing. But David, his sister, and his girlfriend soon discover that there's more to it than that.

This was a great book about being sucked into a cult, and it included a character who happened to be gay, which I am glad for - it was not a coming-out story, but rather the story of a couple of kids trying to figure out how to rescue their parents from a cult that sucked them in.

Read-alike: Rapture Practice: A True Story About Growing Up Gay in an Evangelical Family
Posted by Jenni Frencham at 12:00 AM