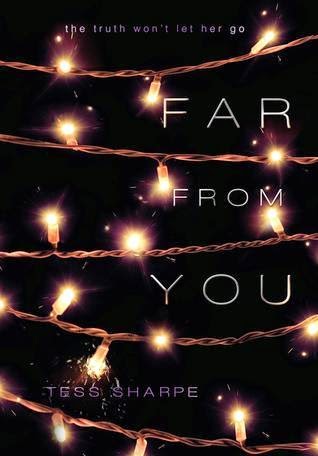 Three years ago Sophie was in a car accident and nearly lost her life. Her subsequent recovery sparked an addiction to narcotics, which her parents attempted to cure by sending Sophie to live with her aunt for several months. Soon after Sophie's return, there's another accident, but this one involves murder. Used to Sophie's lies, no one will believe that she hasn't relapsed. Sophie needs to find her best friend's murderer before it's too late, and she might have to do this all by herself.

This book is told in chapters which alternate between present-day and stories from the past which relate to whatever's happening in the present. The labels at the beginning of each chapter, in addition to a change in font, make it fairly easy to follow along. I really enjoyed the mystery aspect of this story, and I tried to follow along and guess who the murderer was before the end of the book. (I was wrong.) This is a great, suspenseful story of a girl who happens to be bisexual; the focus is not on Sophie's coming-out but rather on her attempt to solve her best-friend/almost girlfriend's murder.

Read-Alike Suggestions: The Name of the Star, Confessions of a Murder Suspect
Posted by Jenni Frencham at 12:00 AM