I was glad to see that Stegall-Armour took issue with the name “graphic novel,” implying that the name does not properly encompass all that a graphic novel is. Also, the term “graphic,” to the unenlightened, implies that there is something extreme and negative about the work, when indeed the graphic novel might be written for children and contain nothing inappropriate whatsoever (like the Owly books). I agree with Stegall-Armour that if graphic novels are to be shelved in their own separate section, they should then be sub-categorized by genre. The term “graphic novel” really refers to a format/medium and not a genre, and Stegall-Armour is right that Maus should not be shelved next to Spiderman. Yes, they are both graphic works, but the genres of each are quite different. Perhaps this is why I have been frustrated when trying to find graphic novels I’d be interested in – they are all shelved in one location, and I have to sift through things that I’m not interested in just to find books I might like. If the nonfiction graphic novels were shelved in nonfiction, the science fiction graphic novels in the sci-fi section, etc., perhaps with a colored sticker or label on the spine to indicate their format, then I’d be able to find things I’d like. 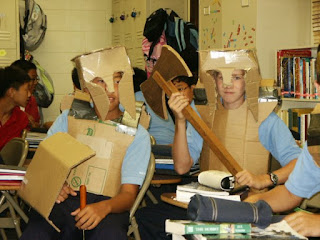 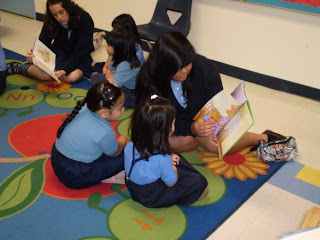 I thought it was interesting that Stegall-Armour brought up the idea of using graphic works as a bridge, not a stepping stone, to allow students who are not interested in reading print works to participate in classroom learning and discussion. I agree that graphic works can enhance the learning of students, in the same way that using any other teaching method, like acting out a story, creating art about the story, or building a LEGO construction about the story, can help students to become more interested in the print material being discussed. I would have no issues with a teacher choosing to teach a graphic novel in a classroom any more than I would with a teacher who chose to use Shakespeare’s works or a current popular novel. In fact, using a variety of methods and media will help the teacher (or librarian) reach a wider audience. 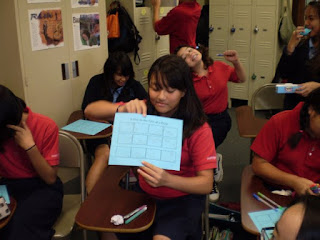