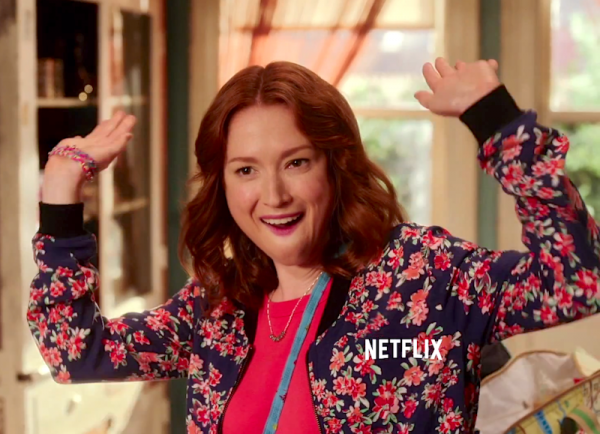 Like many others, I recently discovered Netflix's original series The Unbreakable Kimmy Schmidt. This 13-episode show follows the life of Kimmy Schmidt, a woman who was kidnapped and locked in an underground bunker by a man who claimed the apocalypse had occurred. She and her fellow kidnap victims were kept hidden for fifteen years. The show picks up after the women have been rescued and Kimmy decides to move to New York City and start her life over.

Although I was never kidnapped or held in an underground bunker, I can relate to Kimmy. When I was in middle school, my family transitioned from being occasionally involved to being heavily involved in a very strict religious group whose behavior closely mimics that of a cult. By the time I was thirty years old, I had memorized nearly half of the Christian New Testament (the latter 27 books of the Bible), I had attended thousands of hours worth of sermons, but I had never been to a Halloween party, had a sip of alcohol, seen an R-rated movie, or owned a cell phone. I wouldn't have known what a "selfie" was any more than Kimmy did.

So when Kimmy breaks out and decides that being a "mole woman" isn't going to define her, when she remains unflappably happy in spite of the tough things she's dealing with, when she has difficulty finding a job because of inadequate education, when she decides to wear light-up shoes and eat candy for dinner just because she can, I get it. I really do. She says, "The worst thing that ever happened to me happened in my own front yard. Life beats you up, Titus. It doesn't matter if you get tooken [sic] by a cult or you've been rejected over and over again at auditions. You can either curl up in a ball and die, or you can stand up and say, 'We're different. We're the strong ones, and you can't break us.'"

I don't generally advertise my past for the same reason Kimmy doesn't: she just wants to be normal. Because I love reading books and talking about books, I would definitely want to help Kimmy get caught up on the books she missed while she was in the bunker.  These are the books I would recommend to Kimmy: 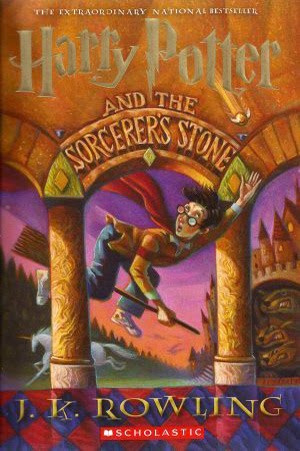 Harry Potter and the Sorcerer's Stone by J.K. Rowling.  I didn't get to read it, either, until I convinced my superiors that I was doing so for "research purposes." Kimmy has missed Harry, and I know she'd relate to him and enjoy the fantasy elements of the story as well. 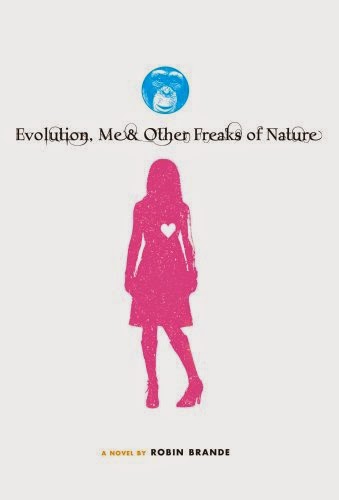 Evolution, Me and Other Freaks of Nature by Robin Brande. The main character in this book gets kicked out of her church because she apologizes to a gay student for the way her friends were teasing him.  She eventually concludes that it's okay to have religious beliefs and also believe in science, specifically evolution, and that sometimes it's good to live with unanswered questions. 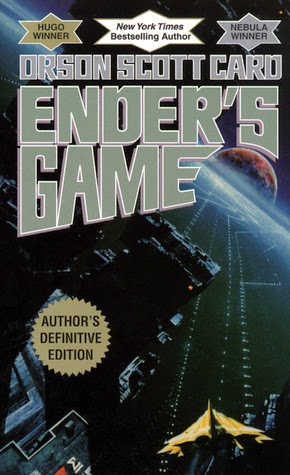 Ender's Game by Orson Scott Card. Ender was taken (or "tooken," as Kimmy would say) when he was a young child and was raised to be a weapon. A big truth - that the "war games" he was playing weren't really games - was withheld from him until long after he could have used it. Kimmy could relate to this, especially as Ender tries to decide what to do with himself once the war is over. 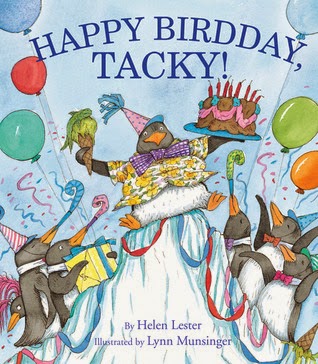 Tacky the Penguin by Helen Lester. Tacky the Penguin is a character in a series of children's books. He is a penguin who wears a Hawaiian shirt and always does things a little differently from his penguin friends. At the end of each book, though, Tacky ends up saving the day, and his friends are always glad to have him around. He's also perpetually cheerful, which reminds me a lot of Kimmy.

I would probably pile a few [dozen] more books on her stack, like The Adventures of Beekle, The Martian, and Escape from Mr. Lemoncellos Library, because I love connecting books and people, but I would want to chat with her a bit and let her explore first.  She'd probably be overwhelmed by ALL THE THINGS and want to read and listen and watch and experience, so it might be a while before Kimmy could nail down her specific reading preferences. She'd probably spend a lot of time just staring in amazement at the bookshelves, like I stared at the choices in the big-box grocery store, where entire aisles are devoted to varieties of pickles: "There're just so many OPTIONS here; how in the world does anyone choose?"

Kimmy also needs some of the Olivia books by Ian Falconer.
And have I told you lately how awesome you are?