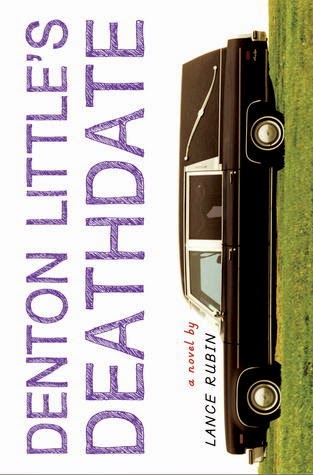 When Denton was born, scientists used hair and blood samples to determine his date of death. Denton is an Early, a person who is fated to die before his 25th birthday. In fact, Denton is going to die sometime tomorrow, and he already knows that. As he plans for his funeral and his self-eulogy, though, a man runs up to him and tells him to be careful. Now Denton is on a search for the truth, and time is running out.

That synopsis made this book sound a lot more suspenseful than it really is. There is a small element of mystery, but most of the book involves Denton and his family preparing for his eventual demise, with spurts of mysteries thrown in. I liked the mystery element of the book, and I liked the other parts, too, but I don't think they meshed as well as they could have. If the mystery/thriller/discover the Truth (TM) had been given more emphasis, this book would definitely have been more of a page-turner. As it is, it was just okay. However, the idea of being given one's death date from birth is intriguing enough that this will be an easy book to booktalk to teens.

Recommended for: teens
Red Flags: language, Denton gets both drunk and high, minor violence, Denton has sex but in both instances it occurs off-stage
Overall Rating: 3/5 stars

I received a complimentary copy of this book through NetGalley in exchange for a review.
Posted by Jenni Frencham at 12:00 AM