If You Could Be Mine 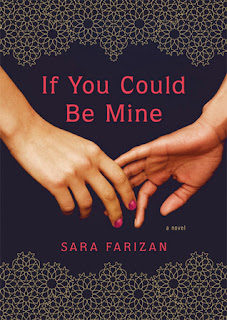 Farizan, Sara. If You Could Be Mine. Algonquin Young Readers, 2013.

Sahar and Nasrin have been in love since they were in elementary school, but homosexuality is punishable by death in Iran, so they have to keep their feelings secret. When Nasrin's parents arrange her marriage to a wealthy doctor, Sahar begins to consider sex-reassignment surgery in order to marry Nasrin. This takes Sahar deep into the world of transgender persons in Iran, where being transgender is considered a medical condition which the government will surgically repair at no cost. But is the price of love too high for Sahar?

This is an excellent book in that it looks into a little-explored culture. I enjoyed learning about life in Iran as I watched Sahar struggle with her love for Nasrin and her desire to do whatever is necessary to be with her. I found Nasrin to be an irritating character, though, because she clearly didn't return Sahar's affections and was willing to settle for her life with her doctor. She seemed very silly and shallow, and often I wanted to slap her. This story is not fast paced or filled with adventure, but the plot and the issues involved will still draw the reader in to a world very different from his/her own.

Recommended for: teens, fans of multicultural literature
Red Flags: Sahar visits a doctor who describes in detail the surgery she would go through to transition to being a man; Sahar's uncle is beaten nearly to death
Overall Rating: 5/5 stars
Posted by Jenni Frencham at 12:00 AM