Cameron and the Girls 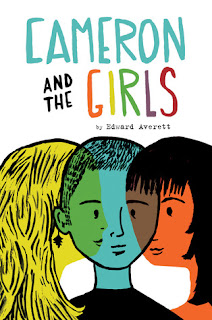 Cameron has schizophrenia, but he's only in junior high, so he and his family are hoping that his disorder will disappear as he grows up. Cameron decides to quit taking his medication; soon, his head is filled with various voices. He doesn't like all the voices, but he does like one of them, and he wants to know if he can keep that voice.

I do not think this is a good book for kids. Cameron and his buddy from school don't have any redeeming qualities at all. She encourages Cameron to skip school and not take his meds, which leads to him making some very dangerous choices. She also goes off of her meds, with disastrous results. The only thing I got from this book is that most 14-year olds are probably not mature enough to make their own decisions when it comes to taking medication. Cameron frequently lies about taking his meds, both to his parents and to his doctor.

I would be hesitant to put this book in my library's collection, even though it covers an illness not frequently found in YA books, because the main character goes off his meds, has some scary adventures, and comes home relatively unscathed. It's almost as if the author is encouraging children not to take medication prescribed to them, and that's. just. dangerous.

Recommended for: teens, those interested in books about mental illness

Red Flags: Cameron is 14, so his language isn't always the best and he starting to think about girls a lot.