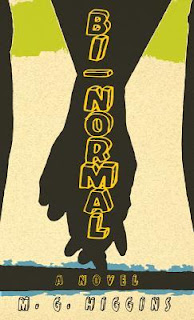 Brett is one of the football jocks at his school.  He has everything - the run of the school, his pick of the girls, ... and a crush on a guy. Brett isn't sure what to do with himself.  He can't like guys; he likes girls, right?  He's not gay, so then what is he?

This book is better than Boyfriends with Girlfriends, but only just. Brett is an obnoxious character (Remember the closeted jock from Glee? This is his twin). The book is too short and too shallow to make much of a point. I read this book because I thought it was important, not because I cared about the main character or even learned much of anything about being bisexual. I do think there need to be more books featuring the B and T of LGBT, but this isn't one of them.

Red Flags: Brett and his friends pick on the openly gay students.