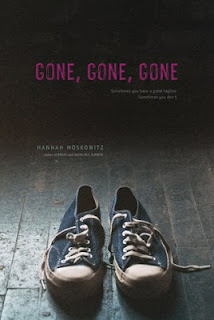 In the aftermath of 9/11, a sniper has begun to target people in the DC area. Everyone is on edge - parents and teachers fear for the safety of their children, and no one can find a pattern in the selection of the victims.

Meanwhile, Craig is trying to recover from his ex-boyfriend, Cody, who has been sent to a mental hospital.  Craig begins to collect stray animals and pours his heartache into them, but when a burglar breaks into his family's house and all his animals escape, Cody feels more lost than ever.

Enter Lio.  Lio is one of a set of identical twins, both of whom were diagnosed with cancer when they were very young. Lio survived.  His twin did not. Lio and Craig develop crushes on each other. Craig's not sure if he's ready to be over Cody yet.  Lio's not sure if his heart can handle this yet.

This book is told in alternating chapters between the two boys.  Other than my usual complaint about books with multiple narrators - that the narrative voices don't sound that different and that switching between the two can be complicated - I enjoyed this book.  I can see why it was on the Stonewall list for this year.
Posted by Jenni Frencham at 9:00 PM