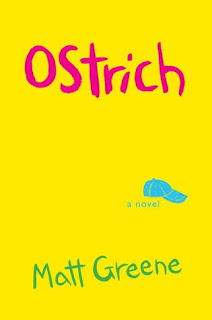 Alex is recovering from brain surgery to remove a cancerous tumor that was causing him to have seizures. Meanwhile, he is trying to survive school and get into a good high school.  This book is part Alex's journal, part English assignment.

Other reviewers have compared this book to The Curious Incident of the Dog in Night-time, which is a good assessment. It is also very similar to The Perks of Being a Wallflower, in that the reader gets a very limited perspective on things and there isn't really an obvious plot of any sort.  Having heard that this book was similar to Wonder, I was really excited to read it.  Unfortunately, I was pretty disappointed.  The narrator, Alex, delights in using parenthetical comments throughout his narration, sometimes getting three or four parentheses deep, which is confusing to the reader and jarring to the flow of the story.  Also, I agree with other reviewers that the ending did not match with the rest of the book. I got quite confused as I read.  Perhaps if Alex had eavesdropped on his parents occasionally throughout the story and had overheard them talking about his recovery, the reader could have understood what was really going on while still appreciating the story from Alex's perspective. As it was, I got lost in this story, and that wasn't a good thing.

Red flags: some bullying, Alex's mom discusses oral sex with him after hearing him use profanity