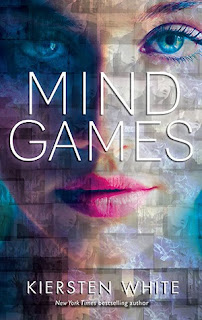 Fia has perfect instincts. When she follows her gut feelings, she does the right thing, all the time. Fia is an assassin, working for a company that is holding her sister hostage.  Her sister, Annie, is blind, but has visions of the future.  The same company is using Annie's visions to decide where to send Fia on her missions. Can Fia get Annie out of the company's grip and get them both far enough away that they'll be safe?

This was a very suspenseful, very enjoyable read.  I finished it in one sitting.  The chapters are told from both Fia's and Annie's perspectives, and there's a mix of current-day action and flashback scenes to fill in the missing information.  The chapters are short and intense. I could easily see this book being a contender for the ALA Quick Picks award this year.

Red Flags: some language; some violence