The Carnival at Bray 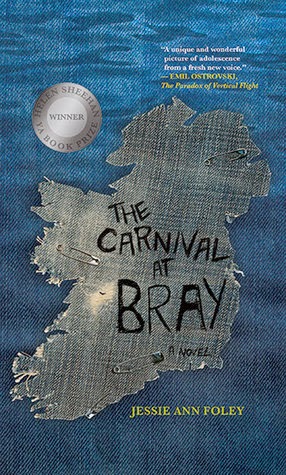 Maggie's family has moved to Ireland so her mother can live with the husband-of-the-month. Maggie misses Chicago, her grandmother, and most importantly, her Uncle Kevin. Uncle Kevin is quite unconventional and continually encourages Maggie to live life to the fullest, including suggesting that she travel to Rome to see Nirvana in concert. When her uncle dies, Maggie decides to fulfill his wish and travel to Rome, no matter the cost.

I have mixed feelings about this book. The story itself is not a bad one, per se, and I appreciated the "follow your dreams" theme and the road-trip-esque portion where Maggie and Eoin go to Rome. I was glad that Maggie felt things deeply and decided to really live rather than just going through the motions and accepting her fate.

***SPOILERS ABOUND BEYOND THIS LINE***

What I thought could have been better: Why did we need a setting of 1993? No teenager alive in 2014 would have been alive in 1993, which means this book is tipping dangerously into historical fiction territory a la Eleanor & Park. Would it not have been possible for Maggie's uncle to be obsessed with another band or type of music, etc., and for this same story to take place in the 2010s, with Maggie listening to her iPod instead of a Discman? I was also bothered by Maggie's first sexual experience (which occurs in chapter 7, if you need to take care and skip it). It's borderline rape; she's very drunk, she doesn't really pay attention to what's going on, so I wouldn't call that consent at all. Afterward she seems unaffected, which I found really odd. Also, the sudden appearance of this scene can be very triggering for abuse survivors. I know it's a good contrast to later events, but it was very abrupt and rather early in the story and I almost - almost - put the book down right then.

Bottom line: This will probably be an easy book to book talk to teens, but the mature content means I will only recommend it to older teens or to readers I know well enough to know they can handle it. This is not a "oh, the kid has a book report, let's grab this and be done with it" kind of book.

Recommended for: older teens, new adults
Red Flags: graphic sex scene in chapter 7, language (in both standard American and Irish slang), lots of alcohol use by kids and adults both; Uncle Kevin is a drug addict; Eoin's mother suffers from schizophrenia and attempts to kill him
Overall Rating: 3/5 stars