The Old Deep and Dark 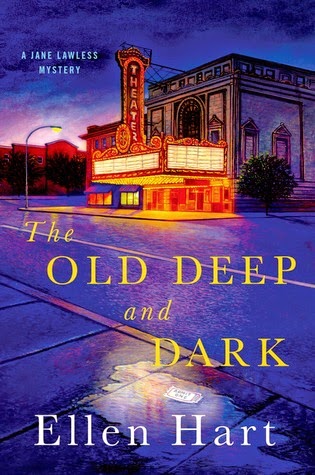 In this 22nd installment in the Jane Lawless series, Jane agrees to help Cordelia, a theater director, solve the mystery of a body found buried in the basement walls of a theater she is attempting to restore. This investigation dovetails into Jane’s work on a country music scandal, and as Jane begins to connect the dots, she realizes there is more to this haunted theater than meets the eye.

This story has much to give readers in the way of a compelling, fast-paced plot. The mystery story is well-written, complete with very accurate details about Minneapolis. Indeed, this western sister of the Twin Cities is an ideal setting for a haunted theater. As a mystery story, The Old Deep and Dark does not disappoint. Readers will be kept guessing and turning the pages until the very end.

This is, however, the 22nd time Jane Lawless has appeared in print, and as such, there is not much character development in this novel. Fans of the other novels in the series will find the same Jane up to her old tricks, and newcomers to the series may wish to peruse previous novels to learn more about Jane herself. Some readers may wish that Jane would adapt and change throughout the series so that she isn’t the same character who appears in the first novel. It may be time for Jane to learn from her past mistakes.

The compelling pace of this story as well as its well-written mystery make it a recommended addition to any public library’s mystery collection.
Posted by Jenni Frencham at 12:00 AM