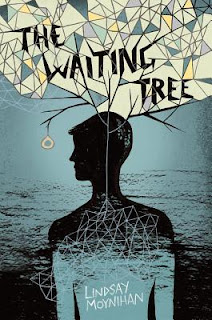 Simon has a twin brother who is mute, two older brothers, one of whom is ridiculously self-centered, and no parents.  His oldest brother is in charge until the boys are all old enough to move out on their own, but Simon feels trapped because he can't leave his twin, Jude, to struggle alone.  Also, Simon had a brief relationship with Stephen, but Stephen's parents have shipped him off to a Christian "counseling" center to cure him of being gay. And one of Simon's older brothers is selling drugs.

This book had a lot going on, to the point where I wondered what Simon had ever done to the author to deserve all of this.  No one in this book goes to school.  No social services people ever come by to check on Jude or Simon, both of whom are minors. Stephen, who is no longer a minor, is choosing to stay at the center, because he knew his parents would hate his guts if he came home.  So when Simon's brother gets caught dealing drugs, Jude confesses and turns himself in, knowing that this will allow Simon to escape this crazy life he's dealing with.  I spent most of this book wanting to scream at all the characters and wondering where the real adults were. This one is not worth your time, folks.