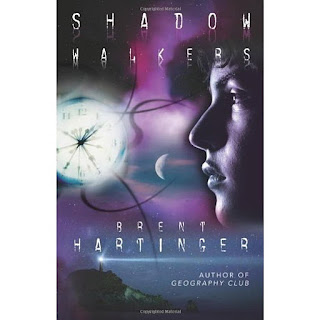 Zach lives with his grandparents and younger brother on a small island off the coast of Washington state.  Without much to do on an island, most of Zach's time is spent online.  When his brother Gilbert is kidnapped one day, Zach resorts to desperate means, using astral projecting in an attempt to locate his brother before it's too late.

I really wanted to enjoy this book. Really, I did. But the astral projection stuff just got a bit too weird for me.  Zach bought some special incense in order to leave his body and find his brother, so most of the book involves Zach zipping around like a ghost, discovering what's happening with his brother, and then trying to invent a plausible reason why he'd have that information so the police would follow up on his leads.  Someone else might find this book fascinating, but I had to put it down.