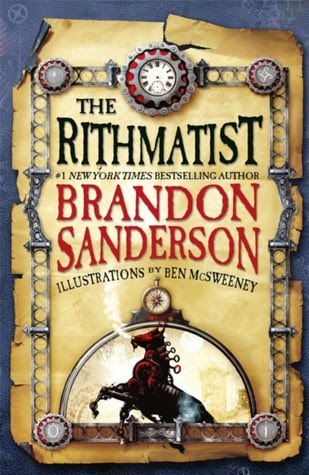 Joel wants to be a Rithmatist more than anything else, but his father's death meant that his Inception happened off-schedule and he was not chosen. Still, he knows more about the four types of Rithmatic lines than any other non-Rithmatist. When the Rithmatic students at Joel's school begin to disappear, it's up to him to solve the mystery, before it's too late.

I enjoyed this fantastical tale of a world where North America is comprised of sixty islands, the Asian empire has taken over Europe (stir-fried spaghetti, anyone?), and chalk drawings come to life and are used as weapons of war. The mystery kept me reading, along with the instructional drawings about the different types of lines and defenses which prefaced each chapter. Fans of fantasy and steampunk will really enjoy this book.