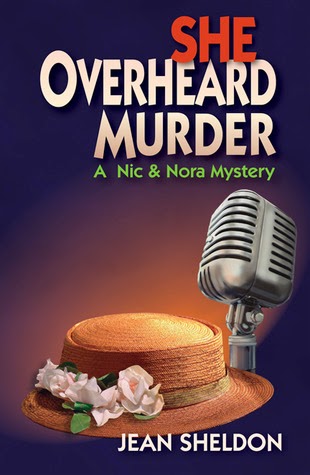 Nic Owen has just made her debut as a character in a radio drama when it is discovered that her predecessor was murdered. Carolyn’s husband wants to know who murdered her, as does Carolyn’s longtime “friend,” Nora. Nic, along with all of her new cast mates, is considered a suspect. Will Nic be able to discover who murdered Carolyn and clear her good name?

This novel fits perfectly within the mystery/detective genre with the added bonus of LGBT characters and an historical setting. The 1940’s setting is well-described, down to the details of available technology, characters’ clothing, and even the treatment of women. This historical setting makes this book a perfect fit for readers who enjoy period mysteries.

The characters in this story are well-rounded, realistic, and relatable. Each one is given enough detail to make him/her seem real, but not so much as to detract from the overall mystery story. The plot moves rapidly, and the various twists and turns before the final reveal are entertaining and keep the reader guessing as to who actually murdered Carolyn. The gritty, compelling writing style will carry readers through the end of the story. This book would be an excellent beach read or weekend read, and readers who have finished a favorite series and are waiting for the next book would enjoy picking this series up in the meantime. A recommended purchase for public libraries, particularly those whose patrons enjoy mystery series.
Posted by Jenni Frencham at 12:00 AM