Puzzled by the Clues 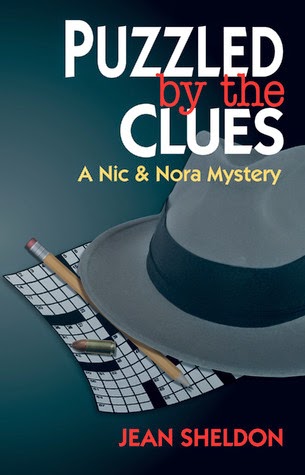 Charles Bowen is found dead, presumably of suicide, but when the gang looks into his death, they discover a crossword puzzle with hidden clues, clues which lead around the world to Nuremburg and implicate more people in more wrongdoing than they could ever have imagined. Much more than the murder of one man, Nic, Nora, and the gang are now investigating the genocides of the Second World War. But will they be able to find their answers before it’s too late?

This second installment in the Nic & Nora mystery series is more globally aware and action-packed than its predecessor. Set at the conclusion of the Second World War, the historical details in this story again will be a delight to readers who enjoy period mysteries. The characters from the first mystery return and continue to provide depth to the story as they deal with their own personal traumas and triumphs in the midst of a murder investigation. Historical perspectives on the difficulties of being a lesbian couple will intrigue readers of all stripes. Compelling writing will keep readers turning the pages to find out who is responsible. Public libraries with many avid mystery fans will want to add the entire Nic & Nora series to their shelves.
Posted by Jenni Frencham at 12:00 AM