The disaster that greeted me in the library at the beginning of this year is significantly different from the mess I saw last year.  Last year I entered a dusty, disorganized, decrepit, dilapidated room where only the brave would venture.  I was greeted with an emergency toilet bucket on my desk.

This year the mess was more due to massive quantities of boxed curriculum being delivered, and that was easily solvable.  I was pleased to discover that, once the dust had settled and the textbooks had been re-homed, the library looked pretty much the same as it had when I had left in June.

Not much is different this year.  I have rearranged some of the furniture and created larger signs for each genre section, but the library itself mostly looks like it did before.  I did give our book return a serious makeover: 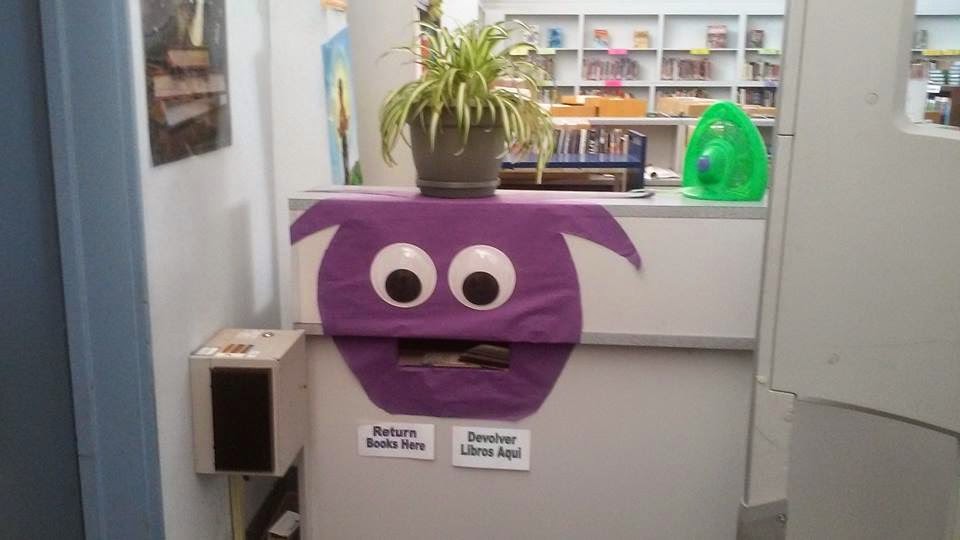 I think it looks much better this way, and it's easier to say, "Please feed your books to the purple monster," than, "When you return library books, put them in the book return; don't just randomly hand them to the librarian and expect that she'll know what you want."

Since the library is so clean, I was able to open for regular library business on school day #6, which is two days sooner than I had previously expected. Our circulation stats have been amazing so far.  I combine the months of August and September in my records, since we are only in session for a week of August and the library has typically been closed for that entire week.  Two years ago (before my time here), 943 books circulated in August and September.  Last year, 1,223 books circulated.  This year, in the past four school days alone we have circulated 788 books.  I am excited and a bit nervous about the popularity of the library. Already my once-full shelves are looking very empty, and kids are asking for books that have already been checked out. 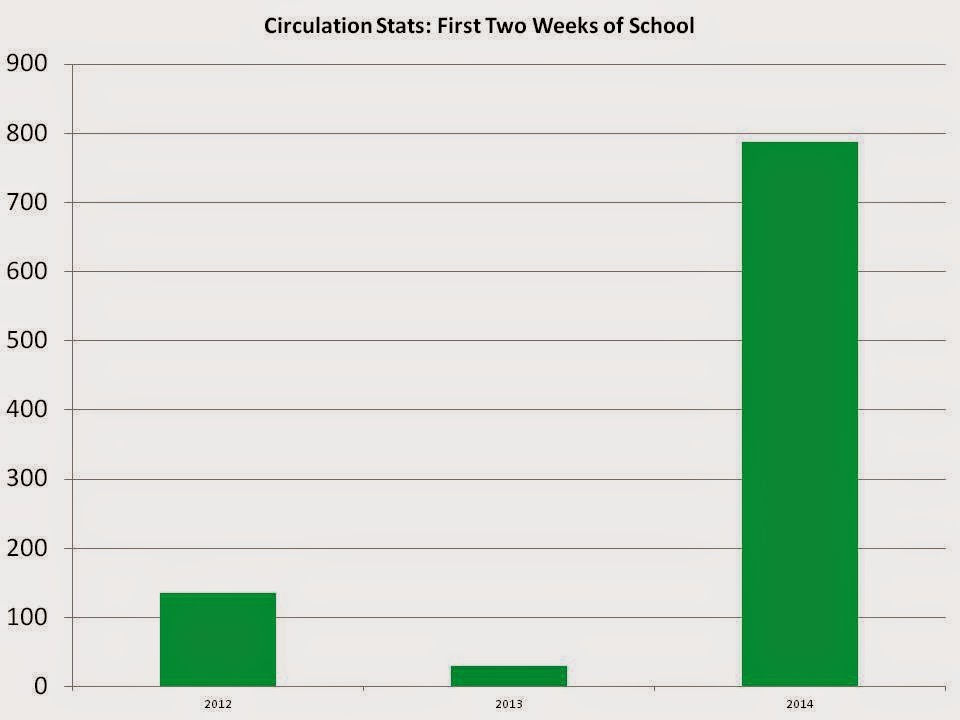 I think this is going to be a good year.  Stay tuned for more updates about the goings-on in my library, as well as additional book reviews (once I have time to actually sit down and read a book instead of simply carrying it back and forth from home to work).