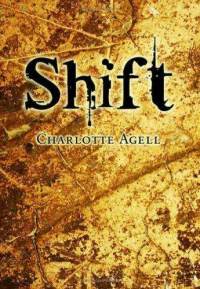 Adrian lives in a world where church and state are not separated.  The United Christian States arose after an apocolyptic event as the world attempted to restore order to the chaos.  Religion is now mandated through the state, with televised chapel services and vacation Bible school required for graduation.  Rumors have spread of a great shift when Jesus is supposed to return and all unbelievers will be condemned.  Adrian isn't sure what he believes anymore, but he is sure he isn't being told the whole truth.

Okay, so this plot line was really, really obvious, and actually rather offensive.  This novel took the idea of religious control to an extreme I have not seen before.  While I understand the underlying theme that it is best to be accepting of all people, regardless of their faith, and that state mandated religion can easily become corrupt, I didn't like the additional unspoken message that Christianity itself is corrupt and ridiculous.  I read this story closely and carefully for the first several chapters, hoping that this Giver-esque world would also yield a Giver-esque ending, but I will admit I skimmed the last portion of the book when things became predictible and, well, boring.  Don't bother with this one, folks.
Posted by Jenni Frencham at 12:00 AM