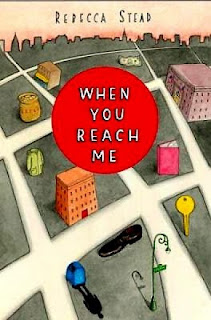 Oh, and if you're going to read this book, pick up Madeleine L'Engle's A Wrinkle in Time and read that first. You'll thank me later.
Posted by Jenni Frencham at 5:33 PM