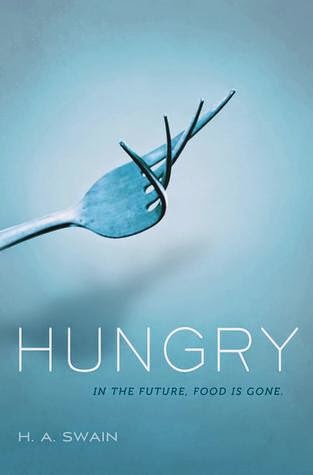 Thalia has never eaten a meal in her life. The earth is destroyed, so people are inoculated against hunger and drink a product called Synthamil (like True Blood for humans). But the inoculations aren't working anymore. Thalia is feeling hungry and, for the first time in her very privileged life, is beginning to question what she's been told her whole life.

The only thing that sets this dystopia apart from others is that the MC is one of the privileged class instead of one of the lower class; it's like having the Hunger Games told from Effie Trinket's perspective. The MC really was clueless about how "the other half" lived. Also, she did the Uglies-esque transition from one tyrannical government system to another just as tyrannical cult-in-the-jungle. And eventually everyone lives happily ever after. Fortunately, this doesn't look like it's going to be a series, which is a relief.