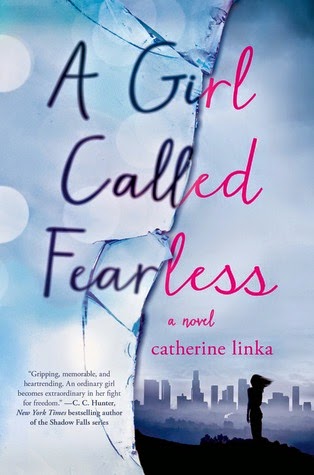 Avie is growing up in a home without a mother, but her situation is reflected in most homes throughout the United States. After a hormone in beef killed most of the women and teen girls (except for vegetarians or those without ovaries, obviously), the new generation of girls who have grown up in motherless homes are now priceless treasures. They are carefully protected, since everyone wants access to a disease-free womb. Avie is happy going to school and is excited about attending college when her father breaks the news to her: she has been promised to a man as part of a business deal her father has made. Not wanting to marry this man, Avie has to decide how she can save herself.

This is another book in a long line of dystopias. It's not a bad story, per se, but it's so similar to a million other books that it's not that interesting anymore. Also, for those who have grown up in patriarchal cultures like the fundamentalist and evangelical Christian cultures of the United States, this story will sound all-too-familiar and possibly triggering. For example, college becomes forbidden to girls because it's too dangerous for them to be outside the home, and when Avie is betrothed, she has to have a physical exam to prove that she's still a virgin and is told that she must give her husband sex whenever he wants it and however often he wants it. There are other, better dystopias out there, but for a patron who has read every dystopia and can't wait for the next Hunger Games or Divergent, this book would be acceptable.

Recommended for: teens
Red Flags: lots of triggering discussions of girls being treated like property.
Overall Rating: 3/5 stars
Posted by Jenni Frencham at 12:00 AM