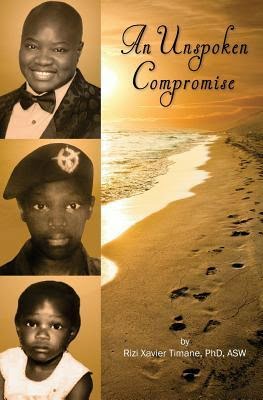 Rizi Timane was born and raised in Nigeria, West Africa. He realized early on that he was a boy, even though he had been born with a girl’s body. However, African culture and the fundamentalist Christian beliefs of his family taught him that being LGBT was a cardinal sin. He struggled for many years with his identity, coming out first as a lesbian and finally as transgender. He had to reconcile what he knew to be true about himself with what he thought to be true about God. This book is Timane’s message to the LGBT community, especially those who are struggling to reconcile their orientation or gender identity with firmly held religious beliefs.

The title of this book leads the reader to believe that the book will be a sort of spiritual reference book, similar to Matthew Vines’s God and the Gay Christian or Justin Lee’s Torn. Unfortunately, of the 178 pages in this book, the first 100 are dedicated to describing the author’s childhood, young adulthood, coming out experiences, and transition. Two dozen at the end constitute an appendix that serves as a memorial to LGBT persons who were victims of homophobic rape in Africa. A mere fifty pages sandwiched between barely glance at the so-called “clobber passages” from the bible and Timane’s interpretation of these passages. While it is important to discuss these passages and their application to LGBT people of faith, this has been thoroughly covered by other authors. This book would serve better as a memoir of Timane’s growing up, coming out, and transition experiences, but the title will mislead readers to believe the book will be a guidebook when instead it is an autobiography. The fate of LGBT persons in Africa is certainly an important topic, and it is hoped that other works detailing these experiences will soon be available.

Recommended for: people interested in the LGBT experience in Africa
Overall Rating: 2/5 stars
Posted by Jenni Frencham at 12:00 AM