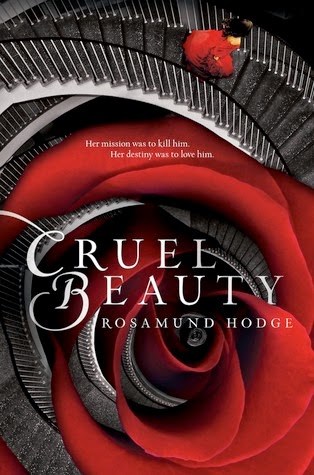 Nyx is betrothed to the "gentle lord," an evil ruler who has taken over her kingdom. She has been trained by her father to infiltrate the ruler's castle and destroy him, thus freeing her people. But Nyx soon realizes that the situation is much more complicated than she and her father could possibly have imagined, and now she has to sort through her conflicting emotions and limited information to decide what would be the best move.

I listened to the audio version of this book, and while I admit that the narrator did a fantastic job at creating a creepy atmosphere, I wanted to read the print version instead simply so I could get through the book more quickly. The ending seemed to drag out unnecessarily long, so I would recommend this book only to my strongest readers, as I think my weaker readers would probably not be invested enough to finish the book.

Recommended for: teens
Red Flags: sex is discussed, although it isn't explicit or graphic (Nyx is told what she is expected to do on the night of her wedding)
Overall Rating: 4/5 stars
Posted by Jenni Frencham at 12:00 AM