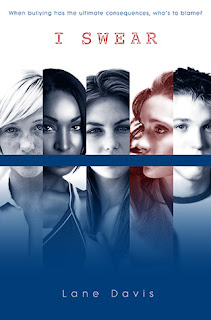 This book is very similar to Thirteen Reasons Why. The first chapter opens with a character committing suicide, and the rest of the book follows various characters as an investigation is opened and everyone grapples with his/her role in the suicide. The chapters are narrated by five different characters, so the reader gets a variety of perspectives on the same situation.

First, I was intrigued by the concept of this book, and I thought the cover was well done. I have a couple of problems with the story itself, though. First of all, the very short chapters are narrated by a different character each time, so it is very difficult to keep track of who is speaking. I actually had to draw a chart to remind myself of each character's relationship to the other characters. 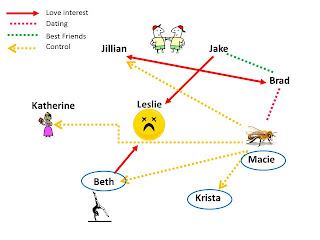 The other thing I strongly disliked about this book was the ending. All of the characters learn and grow and change, except for the one who probably needed it most. Was this a realistic ending? Probably. But it was definitely not satisfying. The character I most wanted to slap at the beginning of the book was still slap-worthy at the end of the book.

I would easily recommend this book to someone who enjoys books such as Thirteen Reasons Why, or who might enjoy books with multiple viewpoints where the full story isn't really explained until the end of the book.
Posted by Jenni Frencham at 9:00 PM