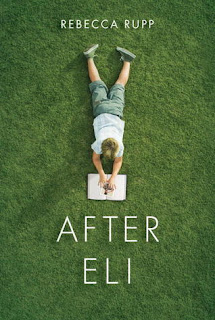 Daniel's brother is killed in Iraq, and Daniel's way of grieving is to make a "book of the dead," where he records deaths of famous people and random people from the local cemetery. Meanwhile, his mother is taking his brother's death hard, and Eli feels like he's invisible now that his brother is gone.

Meh. This book was not nearly as good as it should have been. The first 80% of the book was Eli's random life, including his love for Isabelle and the time he spent with her and the twins, interspersed with some memories of his brother. Then he goes postal and rips apart his brother's room and tells his mother she needs help. His parents decide they should maybe get some counseling or something, and they all live happily ever after.