I enjoyed the three Spiderman movies back when they were first produced. Although Peter Parker was occasionally annoying, and MJ definitely got on my nerves, the stories were fun and they always ended well. I had the same experience with the older Spiderman comic books we've read for class.  I enjoyed them, somewhat, but they didn't cause me to race to the local comic book store to purchase the rest of the series.  I was okay with Spiderman, but I could easily take him or leave him. 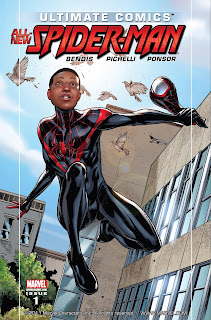 Introduce Miles Morales, the new Spiderman in the wake of Peter Parker's demise. Miles Morales is night-and-day different from Peter Parker.  Miles is half African-American and half Latino; Miles lives in a poor neighborhood and wins a lottery to go to a charter school.  For a while there were rumors that Miles would also be gay.

I'm surprised I haven't heard any uproar over this, like the uproar that happened when Kevin Keller entered Archie comics. Kevin's wedding caused quite an uproar, so much so that it ended up as the highest selling individual issue of Archie comics. 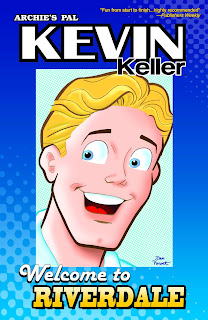 I read Kevin's story, too, although the Archie characters are far too cheerful and caffeinated for my preferences. I don't think I'd enjoy that series, regardless of the diversity presented by the characters.I definitely preferred Batwoman's story to Kevin Keller's.  Batwoman is interesting, and her story is one I'd actually enjoy following, were I into superhero comics. 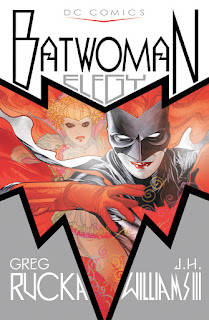 It seems that more comics are introducing LGBTQIA characters now, and they are facing less opposition, too. Marvel's Northstar was able to marry his partner, Kyle, in 2012 without causing much ripple, although Northstar's 1992 coming-out experience was much less positive. 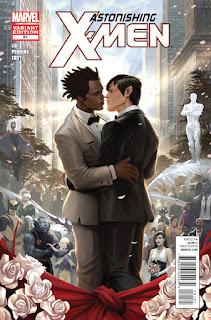 There have always been LGBTQIA comics, although more often than not these were written by and for the LGBTQIA community.  It's only recently that LGBTQIA characters have made headway into mainstream comics. In response to the brouhaha over such characters appearing in superhero comics, Perry Moore wrote a novel, Hero, which one a Lambda award for excellence in young adult LGBTQIA literature. I listened to Moore's novel on CD in my car, and I found myself staying in the car, even after I had reached my destination, just to finish the story.

Hero's main character is Thom, a boy whose mother disappeared years ago and whose father used to be a superhero's sidekick until an accident left him with a damaged hand and a tarnished reputation.  Now Thom has realized that he has a superpower - he can heal people with his touch - and he has been recruited by the League to become a superhero-in-training. He has to hide this from his dad, though, who doesn't want him to have anything to do with superheroes.  The ending of this story is intense, as a plot twist causes Thom to risk everything to save the day.  It's definitely well worth your time to read (or listen to) this book. 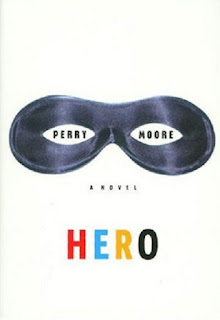 And if you are interested in other LGBTQIA comic book characters, check out this article.

Firstly, I appreciate your list of LGBTQIA characters and your provided article. Now I can research! Yay! However, FOR SHAME! Way to give spoilers. ;) I mean, I am now even more excited about the new Spider-Man than I was before--and I was pretty excited. This wasn't in the first two books though, right? When does this come in?

Okay so I've only read vol. 1 so far (reading vol. 2 tonight) but where are you getting that Miles Morales is gay? I did a bit of google-ing and couldn't find anything recent, but the older articles said he's not gay. Either way, thanks for showcasing some of the LGBT characters in comics!

Okay, so apparently the brouhaha in the LGBT community about a gay Spiderman either isn't true or just isn't true yet. I guess Spidey's got enough on his plate without having to worry about coming out, too. Argh. Sorry to confuse everyone. :(