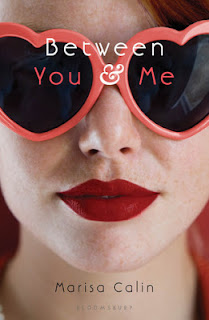 This is the Goodreads blurb about this book: "Phyre knows there is something life-changing about her new drama teacher, Mia, from the moment they meet. As Phyre rehearses for the school play, she comes to realize that the unrequited feelings she has for Mia go deeper than she’s ever experienced. Especially with a teacher. Or a woman. All the while, Phyre’s best friend—addressed throughout the story in the second person, as "you"—stands by, ready to help Phyre make sense of her feelings. But just as Mia doesn’t understand what Phyre feels, Phyre can’t fathom the depth of her best friend’s feelings . . . until it’s almost too late for a happy ending. Characters come to life through the innovative screenplay format of this dazzling debut, and unanswered questions—is "you" male or female?—will have readers talking."

Here's my take on this book:

1. I was intrigued by the premise.  An LGBT YA book with the teen protagonist crushing on a teacher. It sounded interesting (as long as it didn't get creepy - which it didn't).  A focus on drama/theater high school groups. It sounded good, and sounded like it would reach a new audience, the same way Beautiful Music for Ugly Children did with its emphasis on music and radio shows.

2.  I hated, really hated the format. I don't think in screenplays, so it's hard to read one. Also, the protagonist spoke to the reader, so there's lots of "you" going on, but she referred to herself as "me," so I'm the "you" reading what "me" said, but I'm not "me."  If that sentence confused you, try 242 pages of that.

Also, I checked with my better half, who has a degree in theater performance, and she said that the screenplay isn't formatted correctly.  And interspersed with the screenplay are bits of narration that sound like a normal novel (except for the second person craziness). So it's like a screenplay that wants to be a novel that wants to be an in-your-face real-time conversation.  No wonder I was unimpressed.

The story concept is a good one, but I'm not sold on the execution.

Have you read Me and Earl and the Dying Girl by Jesse Andrews? There's a lot of addressing the reader and screen writing elements as well...I can't decide if I liked it.

I haven't read that one yet, Cassie, but I'll have to add it to my list. I am really picky about books that venture outside the traditional print format, but I'm willing to try just about anything. :)