The Girl Who Was Supposed to Die 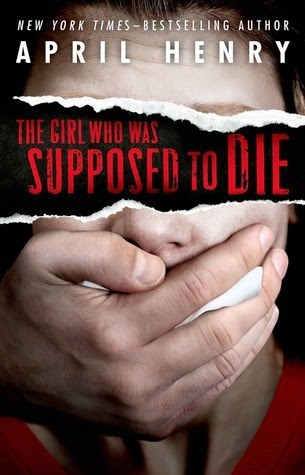 She wakes up on the floor in a cabin. She doesn't know who she is, where the cabin is, why she's here, or why the two men in the room have just decided that she must die. Somehow she must escape them, find out who she is, and find her family, if she has a family.

Very similar to The Rules for Disappearing, the main character in this story has memory problems, but she is alone and cannot remember who she is. She is on the run from people who want to kill her and she wants to find her family, but she doesn't know whom she can trust. I read this book in the space of a single afternoon. The fast, compelling pace will keep even reluctant readers turning the pages. A great thriller for young adults and also tweens.

Recommended for: teens, tweens
Red Flags: violence - the main character wakes up missing two of her fingernails, which apparently were pulled out during an interrogation she doesn't remember. The rest of the book finds her running from people who want to kill her.
Overall Rating: 3/5 stars

Read-Alikes: The Rules for Disappearing, Hostage Three, The Naturals, Mind Games
Posted by Jenni Frencham at 12:00 AM