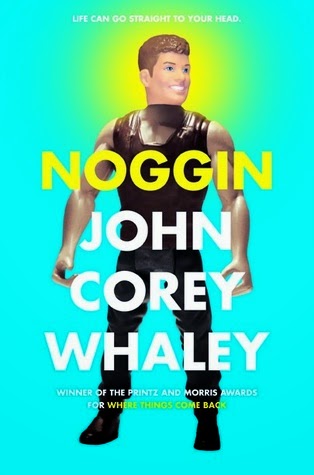 Travis had terminal cancer, so he volunteered for a cryogenics project in the hopes that at some point he could be revived and cured. When he wakes up, his head has been attached to the body of another teen who had died.  Travis has been given a second chance at life. Now Travis has to get used to a new world, where his girlfriend is engaged to another guy, his best friend is in college, and his little sister isn't so little anymore.

This was a fairly entertaining story, and I probably got more comments from my students about this particular book than I did about any other book I had sitting on my desk. My students were intrigued by the idea of a "head transplant," and I had a long list of kids who wanted to read the book after I finished it and donated it to my library.

Recommended for: teens
Red Flags: none
Overall Rating: 4/5 stars
Posted by Jenni Frencham at 12:00 AM