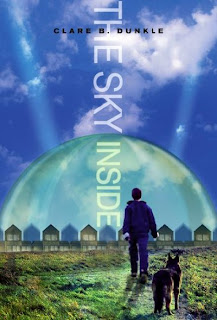 Martin's sister Cassie is part of the Exponential Generation, or Wonder Babies.  Genetically engineered to be super intelligent, the Wonder Babies are declared a mistake and the government chooses to recall them.  Martin can't stand the thought of losing his sister, so he sets out beyond his community to find the special school to which his sister has been taken.  Will he be able to locate her before it's too late?

This is a typical "alternate society" story, rather similar to Lois Lowry's The Giver, with a highly structured society that has opted for fewer freedoms in exchange for greater security.  Martin, like Jonas, chooses to leave his society behind to explore the freedom of the outside world.

I enjoyed this story.  It was on unusual take on the alternate society story, but nonetheless it was very interesting and kept me reading.  I would easily read other books by this same author.
Posted by Jenni Frencham at 12:00 AM